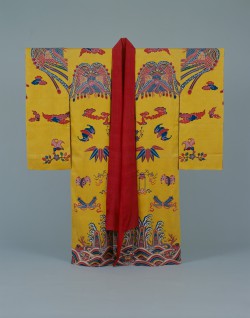 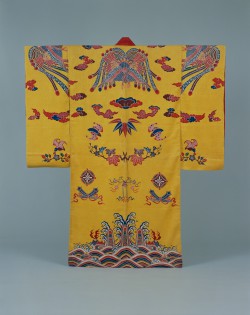 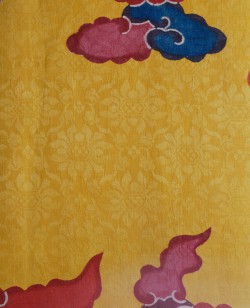 This is a BINGATA-dyeing costume with typical Chinese auspicious omens motifs which included: Chinese phoenixes and auspicious clouds on the shoulders and the back, steep mountains, big waves and flaming gems on the hems, and bats, bamboos and cloves on the torso. KAISUIKOUGAMON, stylized sea waves and big waves patterns that were used for the official uniforms during the Qing Dynasty, was printed on this costume. This pattern corresponded with the hems of the ceremonial costume for the Kings. Since this was a high-class pattern, it is considered that it was worn for the official occasions.