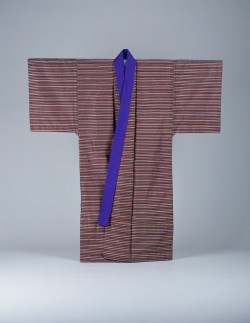 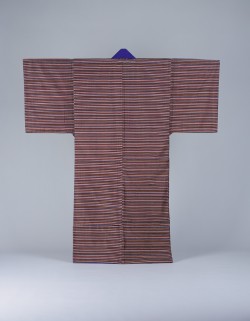 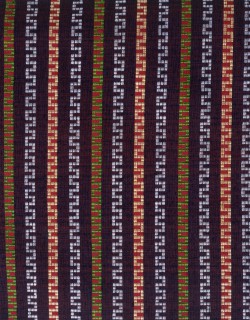 This is a winter costume for men. HANAORI (a kind of UKIORI weaving technique - by making some parts of patterns float from JIKUMIORI (the base of weaving), the patterns look like flowers -) was used for the outer material, which navy blue, red, yellow, green and white weft float were embossed horizontally to create a rhythmical and irregular surface. A woolen fabric called muslin, imported from Meiji period onward, was used for the lining. It is believed that Sho Tai, the 19th King of Ryukyu Kingdom, wore this costume in Tokyo.