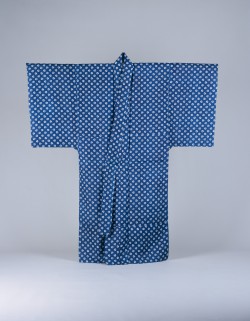 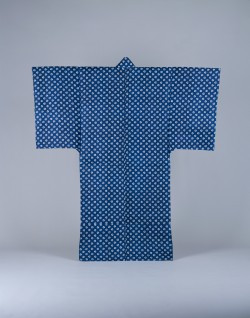 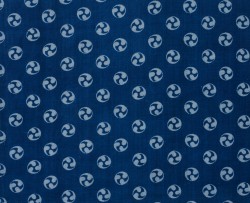 The family emblem of anticlockwise comma-pattern called MITSUDOMOEMON was finely woven all over in white threads on a deep blue cloth. Stencil dye was used for this costume the same as it was used for BINGATA. However, because this was dyed only in indigo, it is called AIGATA. A technique called RYOMENZOME (two-sided dyeing) was used for this costume, in which a pattern is laid out in the same positions on each side of the textile panel.