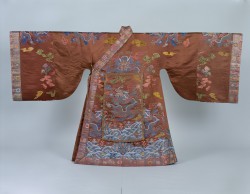 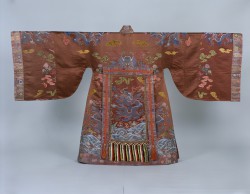 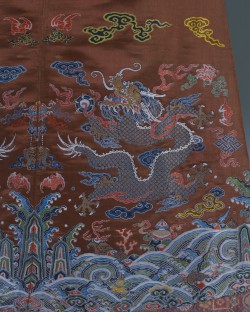 This is a winter ceremonial costume for the Kings of the Ryukyu Kingdom. It is also called TOUOISHOU, HIBENFUKU, or UMANTON. Along with the Royal Crown, it was worn for important national ceremonies such as SAPPO (enthronement of the king) and the New Year's celebration. The costume was made from the cloth gifted by the Chinese emperor. This costume forms the unique Ryukyuan style including having fringes on the back, while incorporating the style of the Ming Dynasty.